After the semi-quiet hour I still optimistically call “nap time,” I suggested to Boo that we shoot some hoops. I’m not one of those sporty dads who’s already lined up WNBA tryouts or anything, but I think Boo could use a little more ballplaying, so I try to manufacture opportunities.

Next time remind me not to bother.

By the time we made it outside with her basketball, she had also gathered a baby doll in a pram with two doll-sized blankets, an old board book, and a pillow. Our game became a weird hybrid: we tossed the ball to one another once, then she would take the baby on a nurturing stroll around the driveway, then she would turn her attention back to tossing the ball into the bucket that serves as our basket.

And the baby-care/ball-play cycle continued for a while until a neighbor walked by walking his mother’s dog.

Instantly, Boo lost interest in both game and doll, and was distracted by the dog only momentarily before standing, pulling up her dress, and announcing proudly (and, alas, accurately), “I’m not wearing any underwear!”

Where the hell did that come from?Sure, Boo loves being naked for nudity’s sake, but exhibitionism? That’s a new twist.

Luckily, the neighbor (45ish and quite gay) handled it well, making a joke about how such displays only work when you’re two or 102 years old. Boo looked pleased.

Clearly, gender has become a big thing for my daughter — just one more way she’s making sense of the world, figuring out that people come in two basic models that sometimes dress and act a little differently.

All very normal, but I wonder when Boo will realize that nearly everyone else at the playground and the preschool usually comes with a grown-up of the girl model, rather than a daddy.

Maybe she already has.

I console myself that she at least has been exposed to several examples of how sex roles are fairly fluid. Just a few days ago we were looking at some favorite pictures when we had this exchange:

“Uncle Greg is a boy.”
“Yes, he is,” I replied. A pause, some more pictures.
“Boys don’t wear dresses.”
“Mostly they don’t, but they can if they want to,” I explained. There’s a dress-wearing boy at our playground, and I suspected Boo was thinking of him.
“Except for Mikey Mike. He wears dresses.”
“Well, we’ve never seen Mikey Mike wear a dress, have we?” I stammered, stifling some serious laughs.
Boo pondered this for a minute and responded: “We’ll ask him next time we see him.”

So get your Dior ready, Mike: Boo’s going to challenge you to break gender stereotypes next time we see you.

If you’d rather not, though, she’ll probably be satisfied with a game of basketball. 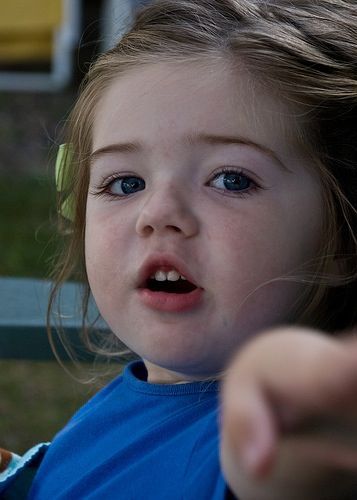